Many of you might have heard of Young's experiment, also called the "double-slit" experiment. Young passed light through two slits and projected it to a screen, and what did he get? An interference pattern. That was a nail in the corpuscular theory of light. And the last nail was polarization.
Young made another experiment too, he used the bridge of the slit and removed the slits. Yet again there was the interference pattern.
That experiment is given below. 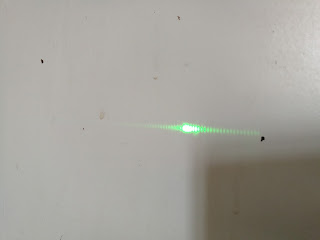 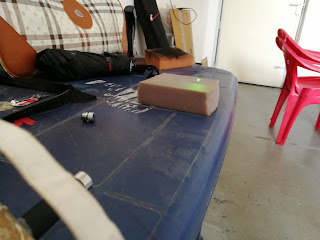 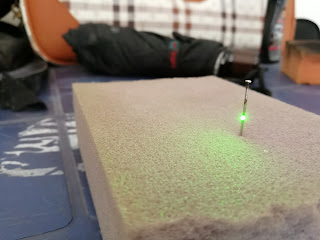 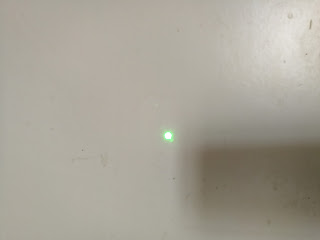 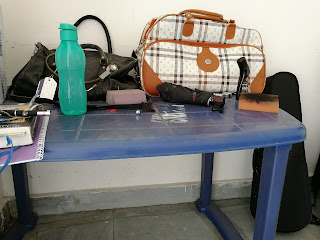 This was a typical scientific experiment. Then came the atheist morons, relativity, and quantum.
What did this experiment prove? Nothing... if at all anything, it says that light has no particle nature. What does it predict? Again nothing. Though the idiots of relativity insist that science is in the business of predicting, this experiment didn't predict anything. If you are able to "predict" that next time when you do this experiment you will get an interference pattern, you are speaking from your experience. There is no guarantee that the results will be the same the next time you do this experiment. Yet the relativity morons insist that in science we predict. In science, we make an explanation why the interference pattern.It is explaining the outcome of an experiment/event consummated. That is science is about explaining the past.
You suddenly have an intuition, you think you can develop something based on the experiment, good. That is called technology, not science. You set out to build the instrument, you adjust the prototype, and by trial and error perfect the instrument. That has NOTHING to do with science. So let me say it once more
SCIENCE IS ABOUT EXPLAINING THE PAST.

Remember, the so-called scientists say that light has dual nature, light is a particle and wave. The only problem is that they don't say what is waving. Waving is what an object does, not what an object is. It is the two and fro motion of a particle. Just stick your hand into a mug of water, waves are produced.It is water molecules moving up and down and that motion propagated. But these morons are stating that there can be waves without the water.Then what is waving then? God knows.....

But if you look at some of the current explanations, then you can see that they are not even mentioning the wave..they are trying to explain with the particle which they fondly called photon - a packet of "waves". Now they have managed to take the wave out of the water and packet it. But in the end, it is just like a pebble.

On the other hand, some totally omit the particle.
So let us deal with the explanations.. (All from wikipedia)

"The Copenhagen interpretation, put forth by some of the pioneers in the field of quantum mechanics, asserts that it is undesirable to posit anything that goes beyond the mathematical formulae and the kinds of physical apparatus and reactions that enable us to gain some knowledge of what goes on at the atomic scale."
Isn't it great, they are asserting that reality should behave as per mathematical formulae.
"One cannot speak of the location of any particle such as a photon between the time it is emitted and the time it is detected simply because in order to say that something is located somewhere at a certain time one has to detect it."
Who is asking for the location anyway?We are asking what happened?
"If a ray tracing is next made as if a light wave (as understood in classical physics) is wide enough to take both paths, then that ray tracing will accurately predict the appearance of maxima and minima on the detector screen when many particles pass through the apparatus and gradually "paint" the expected interference pattern."
OK, if we do this experiment we get the interference pattern.. but why?

"Feynman stressed that his formulation is merely a mathematical description, not an attempt to describe a real process that we can measure".
But we are  asking for an explanation,not description.

"This makes the resulting pattern on the screen the same as if each individual electron had passed through both slits. It has also been suggested that space and distance themselves are relational, and that an electron can appear to be in "two places at once""
Can anyone say more nonsense? A single photon occupying two locations? Idiot then it becomes two photons not one. 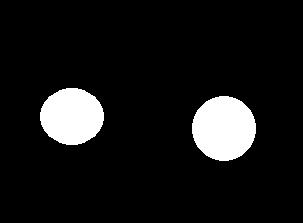 See that, at two locations,it becomes two separate objects.If it is to remain one object it should be like this 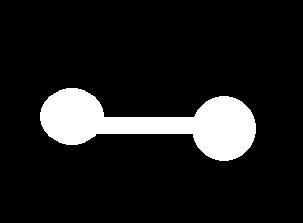 "Physicist David Deutsch argues in his book The Fabric of Reality that the double-slit experiment is evidence for the many-worlds interpretation."
Just when I thought stupidity has a limit....

"Inasmuch as the interference fringes observed by Young were the diffraction pattern of the double slit, this chapter [Fraunhofer diffraction] is therefore a continuation of Chapter 8"
They do not even know the difference... No, it is not diffraction. There is no slit in the second experiment, yet the pattern is there.

To add these morons say that in the microworld particles behave strangely, mysteriously. Yet these idiots laugh at their religious cousins who say god behave mysteriously. Idiots, it is not that the particles are behaving strangely, it is "you have no idea".  You do not know why there is the interference pattern. Light is NEITHER A WAVE NOR A PARTICLE. Instead of tossing out the equations you are coming with new and new ad hoc explanations with full of holes. Through your bunk away and think rationally.
You are the worst religion, you have no honesty either.